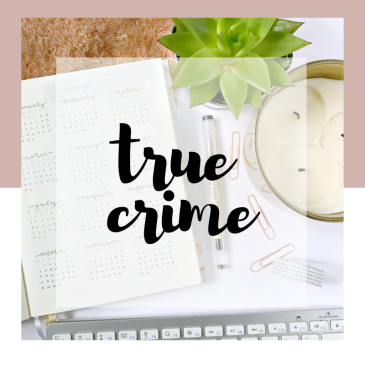 Hello my fellow true crime lovers! I recently watched the first season of the Netflix series Mindhunter and read criminal profiler John Douglas‘ Mindhunter: Inside the FBI’s Elite Serial Crime Unit. Today I am going to discuss some elements I find worth exploring. This post might contain spoilers. Please keep in mind this is not … END_OF_DOCUMENT_TOKEN_TO_BE_REPLACED

Hello, my fellow true-crime lovers! As promised in my discussion post about the first part of the Netflix’s documentary Making a Murderer, I am going to discuss the second part today. Note that these posts contain spoilers and I discuss elements I find worth exploring, so this isn’t a summary of the documentary. The second … END_OF_DOCUMENT_TOKEN_TO_BE_REPLACED

Hello, my fellow true-crime lovers! In the first Chelsea’s Crime Corner, I talked about serial killer Ted Bundy (and subsequently  author Ann Rule). Today, I am going to discuss the first part of the Netflix documentary Making A Murderer*. When the documentary premiered in 2015, everyone was talking about it. Its popularity made me watch … END_OF_DOCUMENT_TOKEN_TO_BE_REPLACED

Hello my fellow book lovers! Today, I want to try something different. For as long as I can remember, I’ve been obsessed with true crime. I started listening to the podcast My Favorite Murder last month and it’s absolutely amazing! I am definitely a Murderino and because of that podcast, I decided I want to … END_OF_DOCUMENT_TOKEN_TO_BE_REPLACED

This blog is dedicated to books, art and bullet journalling!